FIFA World Cup 2022 Sponsor list: Sports events are one of the biggest events in the world especially events like the FIFA World Cup.
So there is a craze among brands to get on the sponsors' list of such events. Note that the source for the below information is the official fifa.com website

Many top brands wish to get on the FIFA sponsors list but it is not easy as FIFA is the world's biggest sports event.
The brands need to spend a huge lot of money to get listed as sponsors or partners of the FIFA World Cup.
Also, see👉 FIFA World Cup Schedule in IST 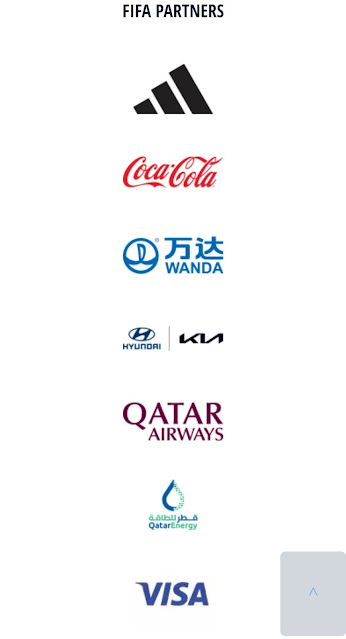 Byju's is an Indian Multinational educational technology company.
It was founded in the year 2010. Byju's is the fastest-growing educational technology company in Indian right now.
Byju's have a big market share in Educational Company.
It was founded by two-person know as Byju Raveendran and Divya Gokulnath.
You will see one of the biggest films stars Shahrukh khan SRK doing an advertisement for Byju's.

Hisense on Tuesday 27th April 2021 has entered into a partnership with FIFA.
So now Hisense is also on the official sponsors' list of FIFA. Hisense said that it is one of the biggest opportunities for it to increase brand awareness globally.
Hisense is popular in China but now it is the time to spread all around the world as FIFA audiences are from every corner of the earth.
Jia Shaoqian, CEO of Hisense Group,' has said that it is the time to build a stronger relationship with the global consumer and for the globalization process.

Vivo is well known as one of the most popular smartphone brands in the world, especially in China and India.
Vivo is the most popular smartphone producer in India. Vivo was the official sponsor of IPL till 2021.
From 2022 IPL sponsor was taken by the TATA group.
Recently Vivo announced that it has a partnership with FIFA for the Qatar World Cup. As Vivo is now an official FIFA World Cup partner it will be a big boom for Vivo.
Vivo can reach out to its global users and extend its outlet all over the world.
This is the first time that Vivo is in a football tournament so it will increase the brand awareness of Vivo among football fans all over the world.

Federation Internationale de Football Association has recently unveiled that even Crypto.com is one of the official sponsors for the FIFA World Cup 2022 Qatar.
The world fastest growing cryptocurrency platform has more than 10 million customers and 4000 employees around the world.
Crypto.com is a cryptocurrency exchange app.  The headquarter of crypro.com is in Singapore. It was founded in the year 2016 and the founder is Bobby Bao, Gary Or, Kris Marszalek, and Rafael Melo.
Well, that is all about the FIFA World Cup 2022 Sponsor list. If you want to know anything else you can just give search on the above search box you will get it.
If not you can just comment down we will be happy to reply to you at the earliest possible.
There are some rumors going on that even TikTok is on the FIFA Sponsor list.
However, it is not true till now. Once FIFA officially reveals TikTok as a sponsor of FIFA or TikTok as a partner of FIFA 2022 Qatar then we will update it on this same page.
As of now, that's all we have about the FIFA World Cup 2022 official sponsor list.
By Abdul Kadir on September 07, 2022
Email ThisBlogThis!Share to TwitterShare to FacebookShare to Pinterest
Tags 2022, FIFA, Price, Sponsors, World Cup 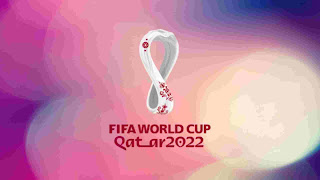